Upon the request of the neutrino physics group of the NA61/SHINE experiment at the SPS accelerator at CERN, we began to think about a solution for extending the tracking volume of the NA61 TPC system, in the very forward scattering direction. Since also the beam is passing in this solid angle region, the so called off-time particles, i.e., particles originating from earlier collisions, mean a problem. The REGARD group proposed a concept, which we named the tandem-TPC concept. Namely, we employ several drift volumes in which the drift field directions are alternating. The trajectories of off-time particles already drift until the arrival time of the real, recorded collision event. Since the drift fields are of opposite orientation, the tracklets in the chambers drift apart, and thus the tracklets of offütime particles are not possible to be combined as a single track. The field cages of the drift volumes were built by the University of Colorado (Boulder, USA), whereas our group built the multi-wire proportional chambers for electron multiplication, which contain 1000 fine wire per chamber. Also, our group was responsible for the readout and track reconstruction. The chambers operates since 2017. 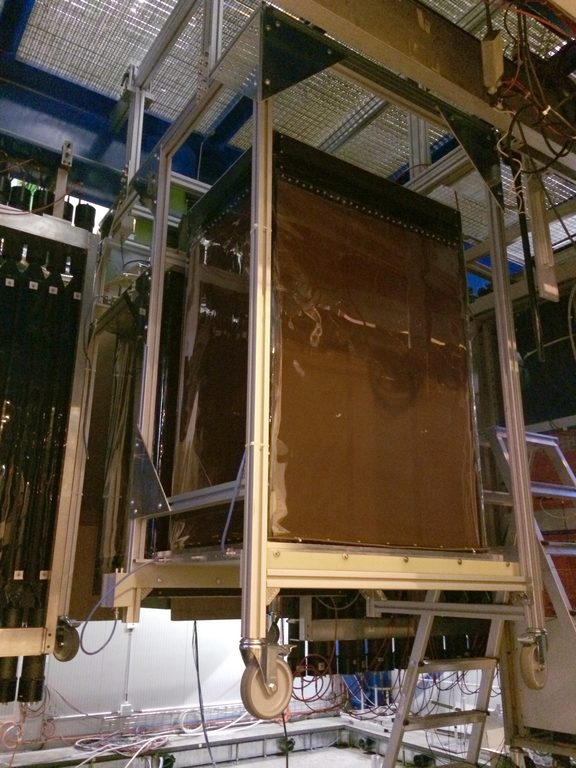 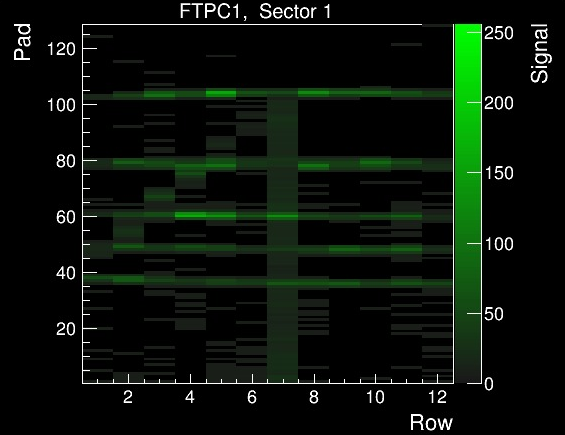